Next stop, Budapest. We absolutely fell in love with this city. The food, the antique shops, the random super fancy (but quite affordable) restaurant with art gallery by one of the bath houses and most especially the bath houses. Here’s some of what we saw: 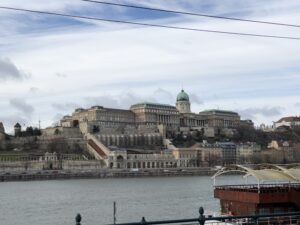 We let ourselves get talked into a trolley ride up to the top of Castle Hill – the ticket seller did a really nice job of not being pushy which we really appreciated. Buda Castle is the home of the National Gallery. It was pretty chilly, so we did poke our heads inside but perusing the gift shop we decided it wasn’t the art we wanted to see. 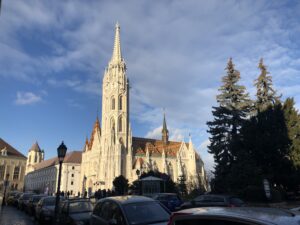 Before continuing on to Matthias Church, we got some souvenirs (the vendor there coached me on how to pronounce köszönöm, the Hungarian word for thank you) and stopped at a cafe for lunch, where we fell in love with Hungarian mustard. 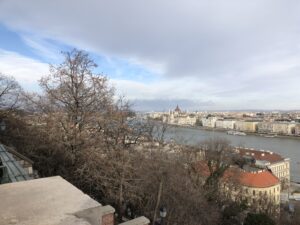 Here’s the view out over the Danube to the Parliament building from Fisherman’s Bastion. We tried to visit the military history museum here as well (and did check out their outdoor exhibits), but like the Ethnography Museum we tried later on the other side of the river, it was closed too. 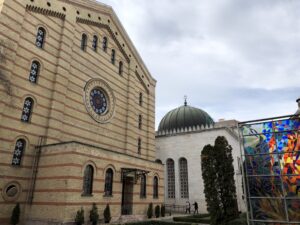 In the Jewish Quarter, we made an unexpected stop at the synagogue. The accounts of life in the Budapest ghetto during the Holocaust were harrowing, in contrast with the inspiring stories of lives saved by diplomats like the Swiss Carl Lutz and Spanish Angel Sanz Briz. 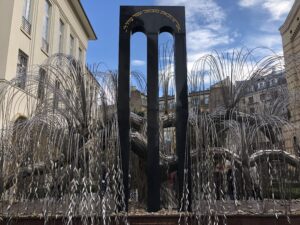 The courtyards were filled with memorials, including this Tree of Life, a repository for stones, mass graves in the garden of remembrance, and stained glass. Less seriously, there was also a Judaica museum with a Torah on display along with a note from a Rabbi permitting it to be there! 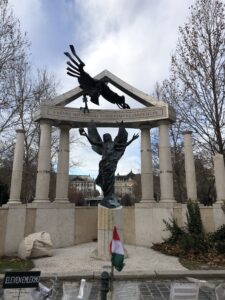 Elsewhere in the city, we found an interesting conjunction of official and protest art. The statue is ostensibly about Hungary being invaded by the Nazis and is titled a “Memorial for Victims”. But the Hungarian government was quietly replaced for a “cooperative” occupation in 1944. So the protest pieces speak to the responsibility the Hungarian people carry for failing to prevent the removal of over 500,000 Jews from the region. 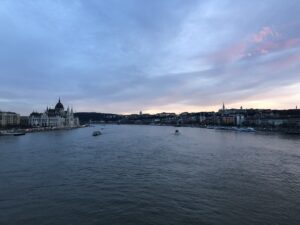 To end on a happy note, here’s a view of the Danube from onboard a boat! We made sure to book something cultural in each city, and here we took a river cruise with music and traditional dancing. It was a whole lot of fun, and a nice way to end a day.