After Vienna, we hopped on another train to Prague: 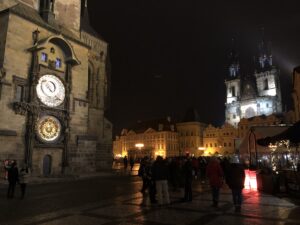 If you’ve seen the second Tom Holland Spiderman movie, you’ve seen this public square!  The astronomical clock is fascinating too. We thought the window display below was amusing, and we enjoyed the lit up architecture just off the main drag nearby. 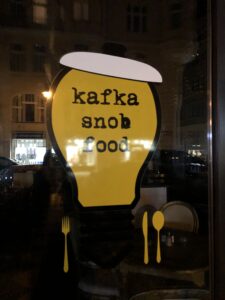 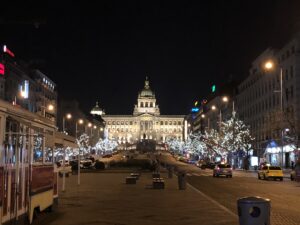 We actually stumbled into an unplanned cultural event in this area: our hotel had brochures for what was basically their equivalent of (a smaller scale) Medieval Times. They had a several course meal, belly dancers, jugglers, sword fighters, and traditional music. It was a lot of fun. 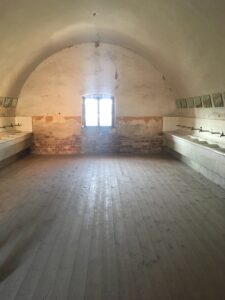 I also went to the effort of booking a guided day trip to Terezin, a fortress built in the 1700s by Emperor Josef II for (and named for) his mother Maria Theresa. Ypsilantis and later Gavrilo Princip were held there. But the Nazis used it as a Jewish ghetto during the Holocaust. The little fort was for political prisoners. The shaving room shown here doesn’t actually have functional plumbing. It was fitted out as a ruse for the Red Cross inspectors. 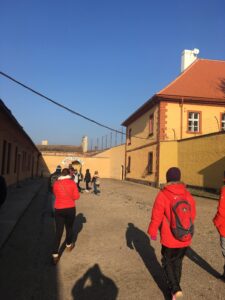 This photo is still the little fort (the commandant really wanted to be in charge of a concentration camp and had “arbeit macht frei” painted above the arch in the background). The Jews were held in the large fort. Although there were some executions, there were no deliberate mass killings. Still, tens of thousands died of illness and starvation – and more were shipped to the death camps. The museum includes re-creations of living conditions. 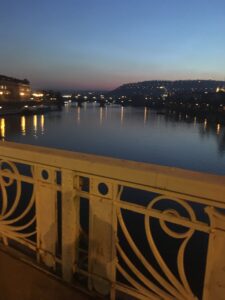 The documentary they show in the museum juxtaposes images from the propaganda film made for the Nazis with drawings of life there created by the prisoners themselves, and the Kaddish overlaid with the counts of those sent, trainload by trainload, to Auschwitz, Mauthausen…

It helped to be able to spend some peaceful time looking out at the Vltava afterwards. 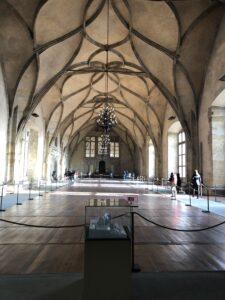 The next day we went up to Prazsky Hrad, the Prague castle complex dating to the 9th century. The layers and layers of architecture were fascinating. We particularly appreciated this ceiling. Mere rooms away, there was a display on the actual site of the defenestration of Prague. An antique weapons display and small sample living quarters – plus of course a cathedral – rounded out the variety of things we were able to see in the attraction. 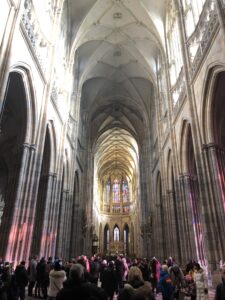 We were especially pleased to see the (relatively recent) Mucha stained glass window. We also giggled at these candles: 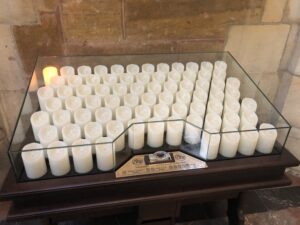 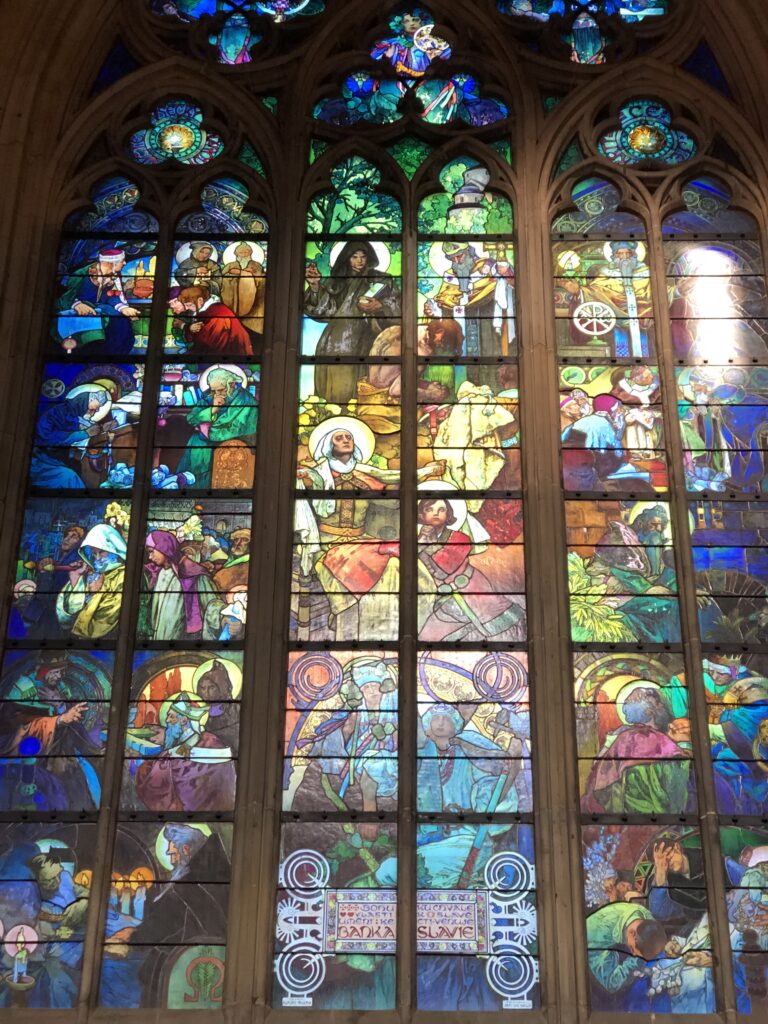 The view from the hill wasn’t the end of our adventure in Prague. But the rest is art, which I’ll share in an interlude, which crosses over into some of the things we saw in Geneva as well. So, props to the airport hotel that held our bigger bags ’til we came back.