We didn’t actually like Vienna as well. Despite being closer to literate here (I have a modest amount of tourist German), we had repeated user interface issues, from the metro ticket machine to the washer/dryer at the laundromat. Still, we managed to find a lot of delicious food (including a Sri Lankan sampler, and the Naschmarkt) and generally find things to entertain us:

First off, this was the one stop in the package that included a guided tour. We joined a Spanish and English speaking guide to visit the Schonbrunn Palace and gardens and circle the city’s ring roads to gawk at the fascinating fusion of architectural styles. 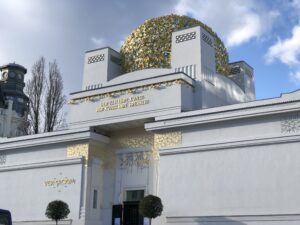 One piece we were just as glad to have out of the way was the view of the Klimt Museum. He’s not really either of our cups of tea, but the dome was really neat! 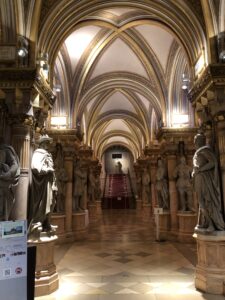 We made yet another unsuccessful attempt to visit a military history museum to pick up souvenirs for an enthusiast friend. This view was actually acquired from outside the doors! More entertainingly, there was a small jet plane in the courtyard with a cloth covering on top. We meant to hop back on the tram and go exploring but we managed to get on the line headed back to our hotel. 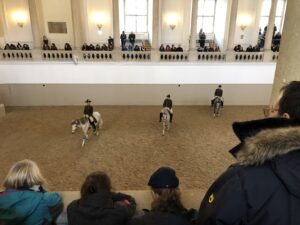 The next day we focused on the city center. We bought tickets to watch the Lippizaner stallions practice, of course. They work in the Spanish riding school which may seem a bit odd but recall that Vienna was the seat of the Holy Roman Empire, of which Spain was at times a part. 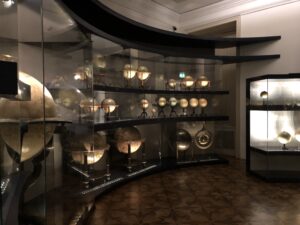 Our next stop was a building with multiple mini museum wings. The main attraction? The Globe Museum. They had both terrestrial and celestial globes of a variety of ages (and therefore accuracy) and sizes. We also visited the Esperanto Museum. 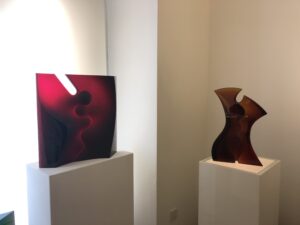 We also found a glass art shop, Gallery Sikabonyi. The gentleman who runs it is a true aficionado who can tell you all about the processes used by each of the artists to create these unique contemporary pieces. Jeff, of course, enjoyed how light interacted with these works. 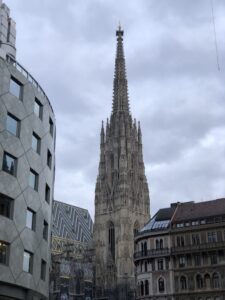 Here’s an example of the mix of architecture I mentioned above.

The sleeper hit of the trip was the Austrian Museum of Folk Life (not pictured). They interspersed the historical objects, which were organized by use like cooking, sleeping and so on, with parallel items used by refugees from the Middle East. It was the most relevant/current curatorial effort I’ve ever seen, and very powerful. 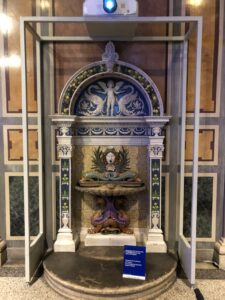 Finally we visited the MAK or Museum of Applied Arts. They had a lot of interactive/nontraditional exhibits as well as some furniture galleries and (finally) some objectified portraits of men rather than women that Jeff characterized as “sexy stone carving” and “sexy metal working” which I guess I’ll just leave you to imagine.We found this non-functioning water fountain particularly whimsical due to the question on the plaque below: 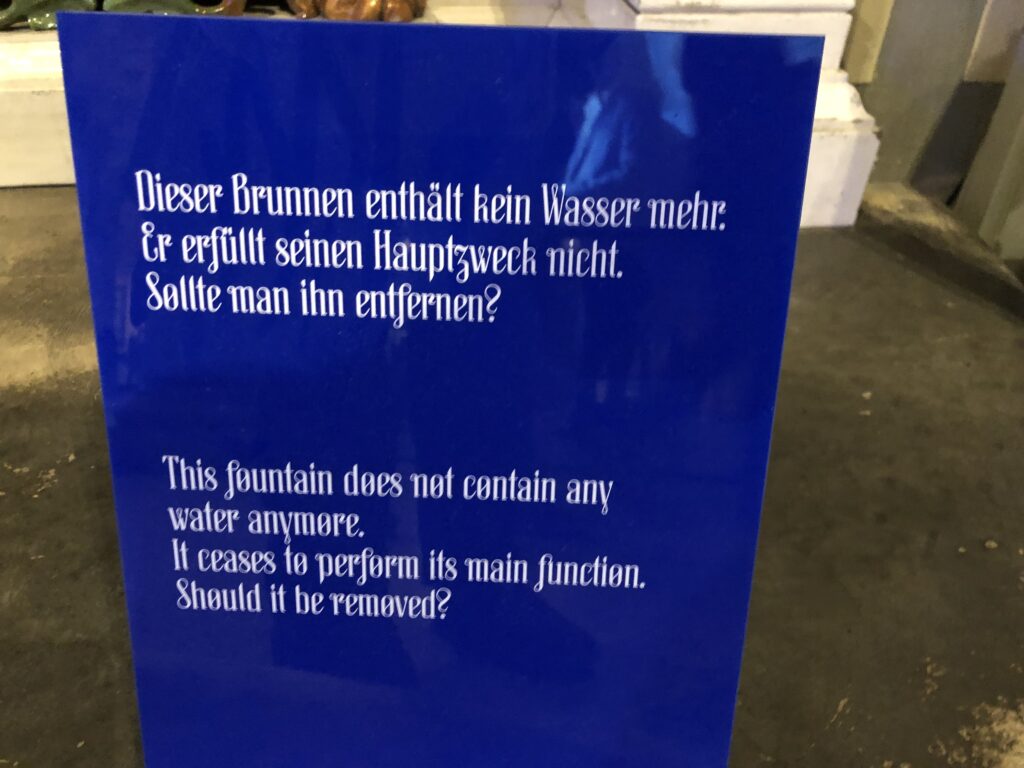 I lied. It turns out I feel the need to share some feedback on our cultural excursion for this city. We booked a concert in one of the small palaces downtown. The chamber orchestra played in (very bad) historical costumes for the first act – so it was honestly a relief when they changed back to concert blacks for the second. There were a couple of dancers and an opera singer for variety. Definitely the appropriate thing to seek out in a city so entwined with the history of music!